from Pixel Dust by Pitch Black 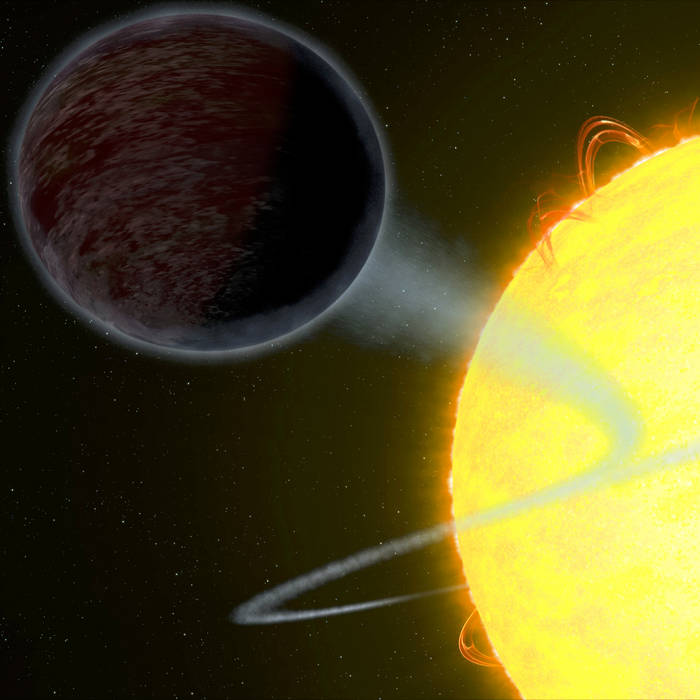 Once upon a time, Paddy and Mike were abducted by alien kiwi sheep and taken into space where sheep scientists performed numerous painful and traumatizing experiments on the duo.

The whole process was watched by Uncle Fester on Acid, an aural assault astronaut from the planet of Limbabwanesia. He felt sorry for the two blokes and wanted to help them escape, so caused mayhem by exposing the alien kiwi sheep to unsettling sonic surgery, comprising Pitch Black music and the sheep's own voices at unhealthy frequencies and ultra-high volumes. After hours of aural assault, the alien kiwi sheep were totally discomforted and Uncle Fester managed to liberate the boys and they returned to Earth together.

However, the pesky aliens haven't given up and have made several attempts for a renewed abduction since. In order to protect themselves and their families from the creatures, they have had to play Uncle Fester’s soundtrack over and over again. This constant aural barrage is the reason for Mike's grumpy look and Paddy's exuberant behaviour.
In order to protect the world population from the alien kiwi sheep and their potential threat to humanity, Pitch Black decided to take Uncle Fester's 'liberation soundtrack' and make it available for all you lovely people out there.

To avoid abduction, it's vital to play the whole track at full volume. As there are four different levels of consciousness among these hideous mutant freaks, the protection soundtrack consists of five different parts. As there is no way of knowing what level of sheep will perform the abduction, the first four parts are conceived in order to attract all levels of consciousness. The soundtrack then culminates with total sonic terror that will scare the alien kiwi sheep out of this universe.

Remember: the louder it is being played, the further they will go. 95+ dB peak levels highly recommended.

WARNING: Exposure to explicit frequencies is not for the faint hearted. Many alien animals were harmed during the production of this work. Its reproduction will harm even more to protect the innocent. However, we would like to thank Pitch Black and Uncle Fester on Acid for making the world a safer place...