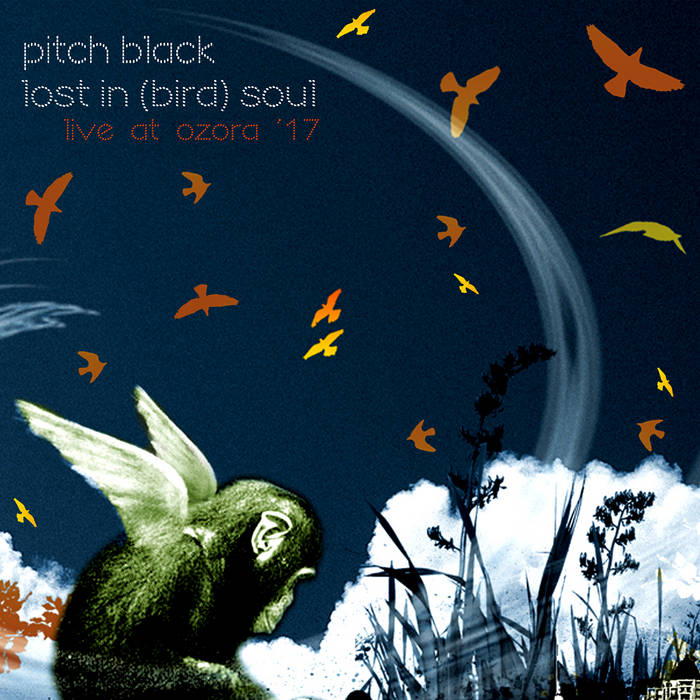 Spotness a blend of two tremendous tracks, tweaked and funk'd. love it.

To celebrate the end of our 20th anniversary tour, we'd like to share with you this live recording of our show closer 'Lost in (Bird) Soul)'.

An unholy alliance between 'Lost in Translation' (from 'Ape to Angel') and 'Bird Soul' (from 'Rude Mechanicals'), the track was born when we were working out the tunes we wanted to play on the tour and found that the two originals segued well. We played around a bit, and were very happy to find we could do more than segue - we could actually merge the two into one. From there, the live process took over and new elements were added and old ones removed, and a suitable end to the 20th anniversary tour set was born.

It proved to be an excellent set closer as we could tease out the riffs and rinse out the drums and bass for a superbly long time. We both love drum and bass, so it was also good to end a set that began in dub with d'n'b beats.

We recorded all the shows of the tour, but this recording from OZORA Festival in Hungary stood out the best. We are very grateful to Marton, Agnes and the crew for looking after us and to the audience for creating such an awesome atmosphere.

For the spotters, Steve Barrow utters the line "and the treble will be sharp, sharp like a knife, and the bass and drum will be heavy" and 2 Many DJs provide the closing "the dub echoes go as far as the machine lets you go, that's as far as it goes". Both samples come from the fabulous documentary 'Dub Echoes', which you can watch at www.youtube.com/watch

Thanks again to everyone who helped us put on our 20th anniversary tour: Northern Bass, Rhythm and Alps, Luminate, Splore, Electric Avenue, Neck of the Woods, Yot Club, Chk One, Oslo, OCCII, Disfish records, Gala Hala, Seasplash, Together, Boomtown, Tribe of Frog and Whirlyfayre.