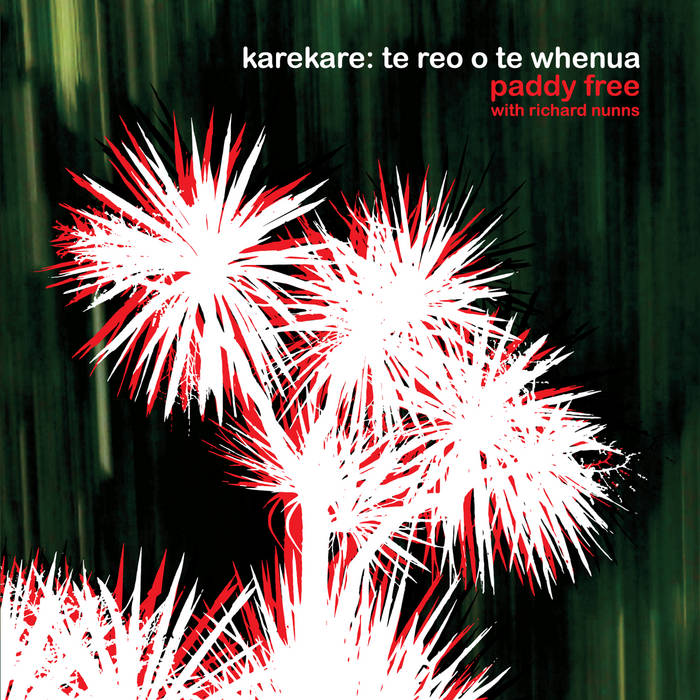 One of the founding fathers of New Zealand electronica - in the multi-media outfit Pitch Black with Mike Hodgson - Paddy Free has also had a prolific career as a producer/engineer for hire, from Salmonella Dub to Crowded House, yet this is his first solo outing.

Subtitled “The Language of the Land”, Karekare is a collaboration with Taonga Puoro (traditional Maori instruments) specialist Richard Nunns, which marries electronica and Maori music to great effect: imbued with the sounds of the bush and native birds, the album has a brooding and sometimes windswept quality that conjures up the environment around Karekare (on the West coast of New Zealand).

Thankfully it is not one of those “fusion” albums where the divergent genres sound forced together: it was Paddy's intention that the electronic parts always serve the kaupapa (principle) behind the Taonga Puoro– that nothing be taken out of context, or dominated by the electronic elements.

Very much a sonic landscape, the album opens with the mysterious call of flute, before breaking into Lali, a dub drenched growler of a tune. Other stand out tracks include the collaboration with Tiki Taane (formerly of Salmonella Dub and Concord Dawn) Wairua, the drum and bass ‘haka’ Whai Atu and the mournful Kohatu.

Karekare reveals itself to be, on repeat listenings, an album replete with tiny details that can easily get lost on a first hearing so please bear with it!