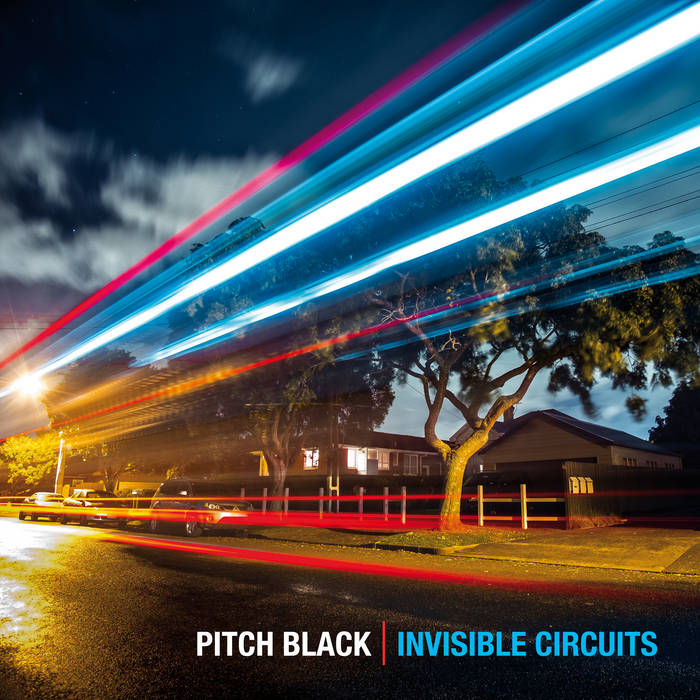 nick57 Beaut quality sound even while changing from the phone thru to proper 12" speakers. FLAC format rules. :} Favorite track: A Great Silence is Spreading (peak_shift Remix).

silverfyah Their most listenable from beginning to end remix album to date. Each artist delving into the infinite from within the original tracks bringing much aural pleasure. Favorite track: Circuit Bent (Radioactive Man Remix).

Stardancer This album represents artist on the cutting edge of creativity in electronic music. The Avant guard sounds and rhythms of the selections featured are spell binding! Favorite track: Invisible Chatter (Kaminanda Remix).

It has long been a Pitch Black tradition to follow up their studio offerings with a complementary remix collection. So 'Futureproof' was followed by 'Dub Obscura', 'Electronomicon' by 'Electric Earth and Other Stories', 'Ape to Angel' by 'Frequencies Fall' and 'Rude Mechanicals' by 'Rhythm, Sound & Movement'.

What makes these collections stand out is the depth and breadth of their co-conspirators and the unlikely avenues they take the originals down: Keretta's math rock mix of 'Bird Soul', Tom Cosm epic version of 'Sonic Colonic' or Youth's psychedelic trance take on 'Melt' come to mind.

Cult American downtemple act Kaminanda’s remix of ‘Invisible Chatter’ is in a similarly dubbish vein, but with a fuzzy psychedelic edge and an added squelch or three plus a radical sonic switch later in the track.

A chance meeting at a vinyl night led to Radioactive Man (of Two Lone Swordsmen fame) not only supporting them at their London show in 2016 but also his stripped back acid techno version of ‘Circuit Bent’.

Pitch Black met Brian May back in the ‘90s when they toured Australia with Salmonella Dub and his then act High Pass Filter were the local support. Now based in Berlin, he has provided a cheeky tabla infused rerub of ‘Filtered Senses’ under his Beam Up alter ego.

Next up is Rinse and Sub FM regular DJ Crises who has gone back to the deep dubstep flavours he used to play on his show, ‘Sunshine ina bag’, for his remix of ‘Pixel Dust’.

Minimal technoman Simon Flower (Poker Flat, Nurture, Moonyard) is another serial Pitch Black remixer, and for his remix of ‘A Great Silence is Spreading’, under his peak_shift moniker, he’s gone deep and long, adding skittering beats and bass to the original ambient track.

Sonic whizzkid Tom Cosm took it upon himself to remix of ‘Without the Trees’ live on the internet, via Twich.tv, allowing his viewers to make real time suggestions to the process. 42 hours and countless webchats later, he has created a slow and steady grower of a track that builds to an ecstatic climax.

Moving on to Section Records head Nick Tripswitch, who came to fame with his 'Circuit Breaker' album for Liquid Sound Design back in '05. Pitch Black kept on bumping into him at festivals across Europe over the years and they finally have the pleasure of adding his sonic perspective, via his progressive house remix of ‘Dub Smoke’, to one of their releases.

The penultimate track is a stripped out drum & bass retweek of ‘Invisible Chatter’ by Digital Playground. They are a relatively new electronic act on the Kiwi music scene and have just supported Pitch Black on some dates of their recent New Zealand tour.

Finally. ‘Invisible Circuits’ ends where it started, with another remix of ‘It’s the Future Knocking’, this time by dub royalty in the form of Alpha Steppa. The son and nephew of scene stalwarts Alpha and Omega, his UK steppers style version is set to wobble you firmly onto the dancefloor.

Remixes from the album Filtered Senses by Pitch Black
pitchblack.co.nz

Many thanks to all the remixers for their creative input and to the promoters and labels we work with worldwide.

4. Filtered Senses (Beam Up Remix)
Remixed by Beam Up
beamup.org