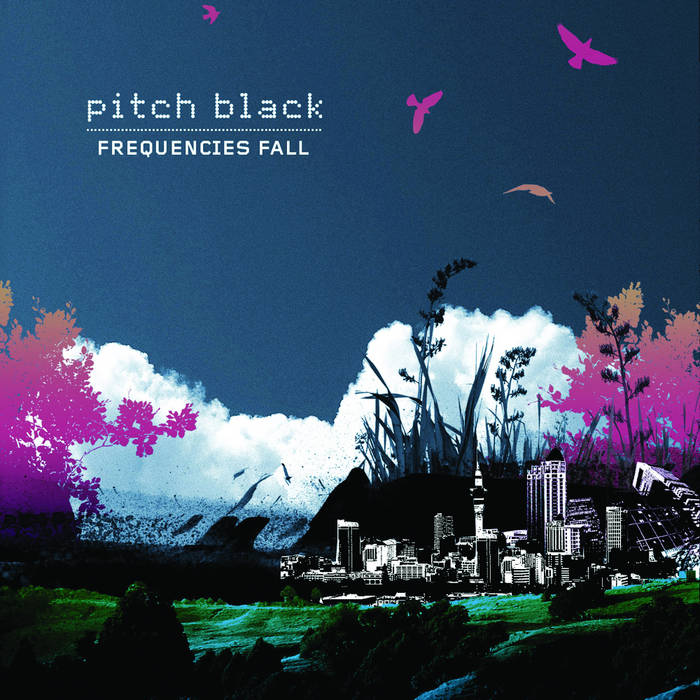 Frequencies Fall is a collection of remixes of tracks from Pitch Black’s Ape To Angel album, which, reflecting the duo’s wide ranging tastes and styles, encompasses nearly every genre of electronica and dance music. Ape to Angel was released last summer to much critical acclaim, and many a rave review. Some quotes included:

‘If you, like the countless Big Chill festival punters over the years that have been wowed by their electronic space odysseys, dig what press releases and acid heads call “journeys through music”, then you could do no worng in piping these beatscapes into your earholes of an evening’
Undercover – Issue 26 August ‘05

The collection opens with an Indo-lounge take on Lost in Translation by International Observer meets Horace (former Thompson Twin Tom Bailey and son), glides into Friends Electrics dubby breaks mix of Freefall, before going all old school DnB with Elements Turn, courtesy of Switch & pZ. Minuit ramp it up with their Plumps meets Daft Punk version of Freefall only for son.sine’s Flex to drop it right down Rhythm&Sound style!

Hummel then takes things off on a total tangent with his eclectic take on Big Trouble Upstairs, leaving it to Spektrum drummer Isaac Tucker to pick up the pieces with his side project’s Ithz’s tech house with a touch of acid remix of Freefall. Renegade Soundwave’s Danny Briottet engineered DJ Flix vs Red Star’s sparse breaks version of The Random Smiler, followed by uber producer Youth’s festival tinged mix of Lost in Translation.

Module adds bass and beats to the formerly ambient Empty Spaces Missing Units, then left coast psybient legend Bluetech slips and slides his way through Ape to Angel, followed by minimal techno producer Peak_Shift who glitches and glides into Flex, allowing The Big Chill’s Alucidnation to take things safely home with his Orb-esque version of Freefall (already a fave of Tom Middleton’s).

Carefully sequenced to flow freely from beginning to end, this collection is both a smoker’s delight and a serious dose of audiophilia.