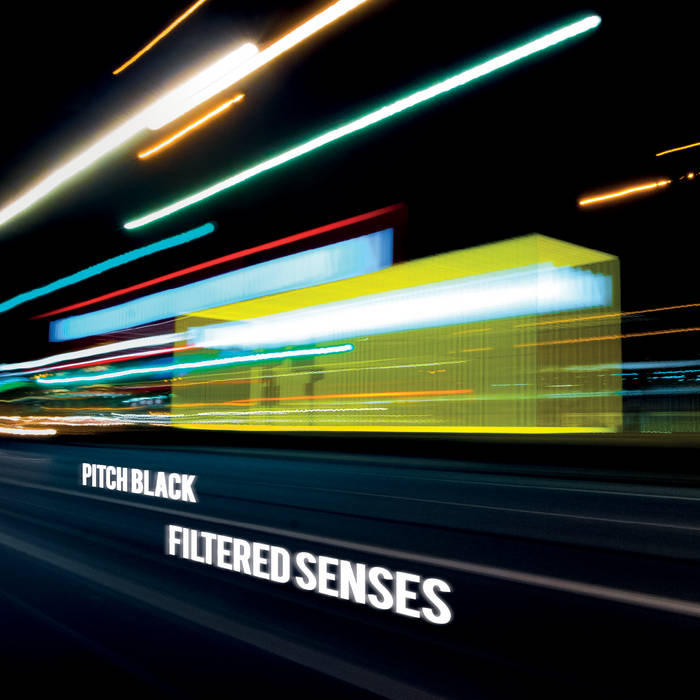 haryadoon Classic NZ chill electronica. I just love these two guys and their creations. Favorite track: Without The Trees.

Glenn Gilbert One of your best yet!

Mark Girvan This is an amazing track, it has a dark and brooding quality yet it doesn't feel negative, quite the opposite. The recording quality is stunning and through my headphone rig it is sublime. Can't wait for the rest of the album to come out! I've pre-ordered. Favorite track: Invisible Chatter.

Celebrating 20 years in the music business, Pitch Black, allegedly the godfathers of New Zealand electronica, are happy to announce the release of their fifth studio album, Filtered Senses.

Since their very first gig at the Gathering music festival on Takaka Hill in 1996, Mike and Paddy have wowed audiences all over the world with their unique genre-bending brand of live electronic music.
The secret to their longevity is that if you’re never in fashion, you’re never go out of fashion! In an age when electronic genres and fads come and go, seemingly monthly, Pitch Black have managed to keep their sonic identity due to the blend of two very different personalities and musical styles: Paddy Free, the manic groove-merchant, and Michael Hodgson, the dark dub-meister.

Both renowned individually as solo artists and producers, with Paddy recently co-writing and producing with Moana & the Tribe and Nga Tae and Mike producing and remixing under his solo artist name, Misled Convoy, they have very different approaches to music which can be summed up as Paddy wants to do it for the crowd, while Mike wants to do it to the crowd.

Their new album saw them adopt a different working method - one they’ve dubbed (pardon the pun) remote-control. With Mike situated in London since 2012 and Paddy temporarily based in New York, Filtered Senses was written by swapping files over the web, with an intensive two week mixing session together in Mike’s studio in Hackney to finish the job.

With the tracks ranging from the ambient wash of “A Great Silence is Spreading” to the stomping foot tapper of “Pixel Dust”, with everything else in between, Filtered Senses could be described as having one foot on the dancefloor, one eye in the cinema and both ears in psychedelic stereo.

Pitch Black regularly collaborate with MC’s and vocalists who bring a different groove and a fresh sound to their tracks. Filtered Senses is no different, with the vocals on the album contributed by Alison Evelyn, a Londoner who Mike met at a vinyl night he runs. Her contemplative and observational words merged beautifully into the Pitch Black sound.

Despite nine years between albums and four years living in different hemispheres, Filtered Senses is instantly recognisable as a Pitch Black album thanks to the unfeasibly large bass and endless delays sprinkled with touches of playfulness amidst the menacing undertones.